Posted by Andrea on 11/6/2011 to Cosplay
One week after Halloween and I'm finally getting some time to breathe! After a successful first NY Comic Con, a special order for a VH1 celebrity, and finally Halloween itself, I'm ready for a LITTLE down time!

The New York Comic Con 2011 was October 14-16th and I went on Saturday to experience my first Con! I've been making comic book costumes for years and have been wanting to attend NYCC for the past few years, but never made it out. This year, I have a good friend Alisha who has her own blog Adventures in Cosplay & Comics who kept me on schedule for the event! I made Alisha's Supergirl Costume:

I decided to go as She Hulk. I originally thought of doing a female version of The Incredible Hulk, and upon doing some research, discovered that the Hulk has a cousin -- She Hulk..perfect! She usually has a one-piece purple and white outfit, but I based my cosplay off of a cartoon from the 80s where she has a two piece:

I had a great time seeing all the different costumed cosplayers, and even though it got a little exhausting getting stopped for pictures every few feet, I really had a great time! I was stopped by a few people who were doing interviews...here's one from HowCast.com, which is a site that features different tutorials:

I also met a ton of great people and cosplayers, including Victoria of Confessions of a Cosplay Girl who is just SO super sweet and beautiful! Overall it was a great experience, and I just MIGHT be addicted to cosplaying now!

Next project was four outfits ordered by Cynthia Conte, the trainer from VH1's Bridal Bootcamp. She was going to Mexico for a photoshoot and wanted some sexy outfits to wear! Unfortunately I didn't get good shots of the outfits in my studio, but I did get a few casual photos:

Tie-top and Shorts in Blue and Yellow (yellow is lined)

I can't wait to see the photos!

Next up was a custom Poison Ivy costume for Kat ForTra of http://fortradvd.com/ She's such a foxy lady I knew she would look amazing in it! She requested some purple accents in her bra, shorts, and gloves: 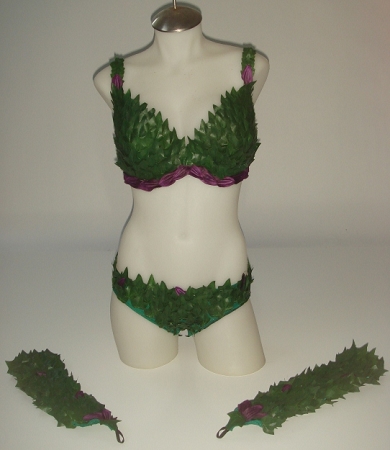 Kat was so happy with her costume, she ordered another outfit for an upcoming show she was attending. She wanted something sporty, sexy, and glam! I made her a blue halter with black stripe accents and rhinestones, and purple scrunch-butt shorts with matching black stripes and coordinating rhinestones: 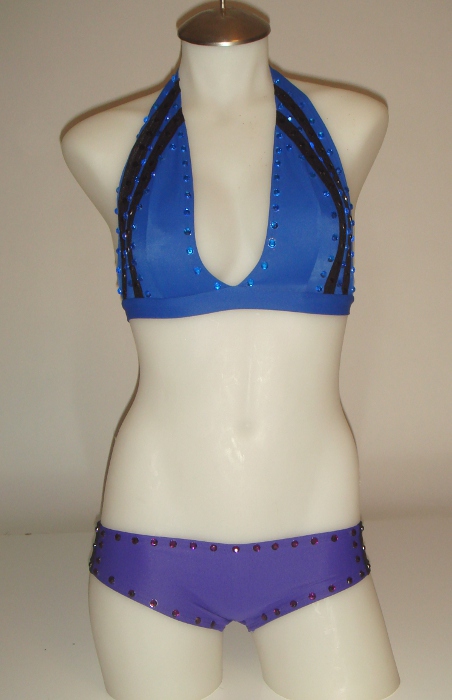 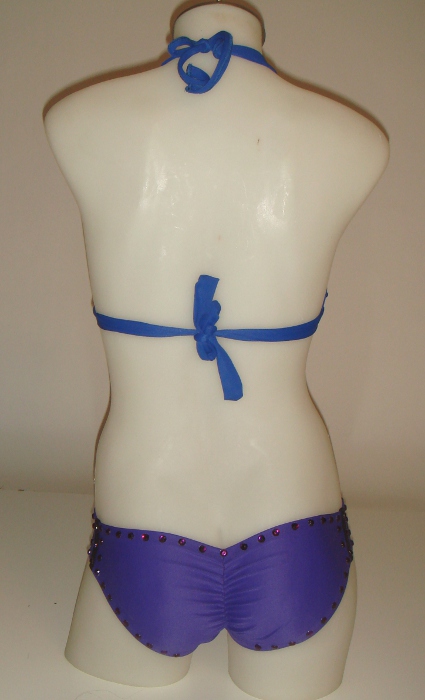 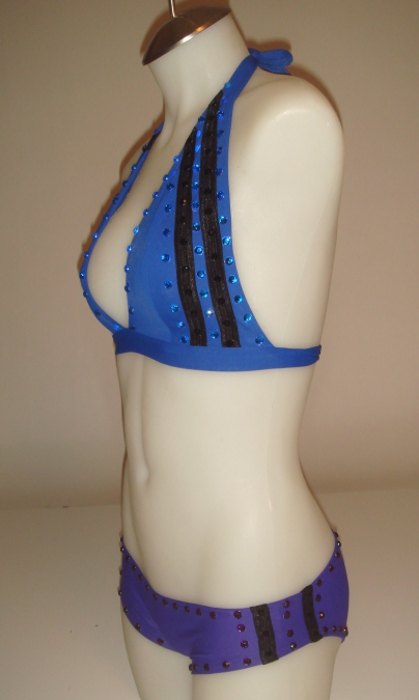 And that's what I've been up to! A full month of costuming makes for a HAPPY but EXHAUSTED Andrea! I didn't get to wear the Halloween costume I was planning for myself because I ended up working on Halloween, but I still had so much fun, and that means I have a year to perfect it! :-D